Also in the Kuiper belt, Makemake is the second brightest object in the belt, behind Pluto. Makemake (and Eris) are the reason Pluto is no longer a planet.

Makemake is the second furthest dwarf planet from the Sun located beyond Neptune’s orbit. Discovered in 2005, it is the third-largest known dwarf planet.

The discovery of Makemake was publicly announced on July 29, 2005. The astronomer, Michael E. Brown led the team that discovered the object at the Palomar Observatory located in San Diego.

For a period of time, when the discovery was made public, Makemake received a provisional designation, 2005 FY9. Before this, however, the discovery team used the codename “Easterbunny” because the dwarf planet was discovered shortly after Easter.

In July 2008, in
accordance with IAU rules for classical Kuiper belt objects, the dwarf planet
was named after a deity. Makemake was the name of the god of humanity and
fertility in the myths of the Rapa Nui, the native people of Easter Island.
Thus the name was chosen to preserve the object’s connection with Easter.

Makemake is luckier than
Ceres since it’s located with its other fellow dwarf planets Eris, Pluto and
Haumea, in the Kuiper Belt, a region outside of Neptune’s orbit. It is the
second-brightest object in the Kuiper Belt with Pluto being the brightest.

The Kuiper Belt is a group of objects that orbit in a disc-like zone beyond the orbit of Neptune. This faraway realm is populated with thousands of miniature icy worlds, which formed early in the history of our Solar System about 4.5 billion years ago.

Makemake has a radius of approximately 444 miles or 715 kilometers, it is 1/9 the radius of Earth. It has a diameter of about 1,430 kilometers. It’s like the size of a mustard seed in comparison to a nickel. The distance from the Sun is quite big, about 45.8 AU away and 53.2 AU away from Earth.

The orbital period of Makemake is estimated to be around 310 years. Its orbit lies far enough from Neptune to remain stable over the edge of the Solar System. It has a slightly eccentric orbit which ranges from 38.5 AU at perihelion to 52.8 AU at aphelion.

The rotation period is
estimated to be at 22.83 hours, relatively long for a dwarf planet and about
7.77 Earth hours to complete one sidereal rotation. These statistics suggest
that a single day on Makemake is less than 8 hours, while a year lasts about
112.897 days. A reason for this may be attributed to a tidal acceleration from
Makemake’s satellite. Another suggestion is that Makemake may have a second
undiscovered satellite that would explain its unusually long rotation.

Similar to Pluto, it appears red in the visible spectrum and significantly redder than the surface of Eris. The spectral signature of Makemake’s methane is much stronger than that of Pluto and Eris. The analysis revealed that methane must be present in the form of large grains at least one centimeter in size.

Large amounts of ethane,
tholins and small amounts of ethylene, acetylene and high-mass alkanes like
propane may be present, likely created by photolysis of methane by solar
radiation. Tholins may be responsible for the red color of the visible
spectrum. Some data claims there is also a low level of nitrogen ice, the
relative lack of this may be attributed to some sort of depletion over the age
of the Solar System. However, even in low levels the presence of methane ice
would turn to a red color if exposed to solar radiation for a period of time.

According to the findings
of astronomer Javier Licandro and his colleagues, Makemake has a bright surface
with an estimated albedo of 0.81, resembling Pluto.

The atmosphere of
Makemake remained a mystery for a period of time. In 2011 an occultation
occurred between it and an 18-th magnitude star, the star had all its light
blocked by Makemake.

These results concluded that the dwarf planet lacked a substantial atmosphere, contradicting earlier assumptions that its atmosphere was similar to Pluto’s.  But this can change, through the presence of methane and possibly nitrogen. It is believed that Makemake could have a transient atmosphere similar to Pluto, when it reaches its closest point in orbit near the sun.

With this nearing,
nitrogen and other ices would sublimate, forming a tenuous atmosphere composed
of nitrogen gas and hydrocarbons. This would also provide an explanation
towards the nitrogen depletion, which could have been lost through the process
of atmospheric escape.

Makemake has one natural moon that was nicknamed MK 2. It was discovered in 2016 by the Hubble Space Telescope’s Wide Field Camera 3. There is however speculation that it could have a second undiscovered satellite, which would explain its unusually long rotation.

MK 2 is estimated to be
around 175 kilometers in diameter for an assumed albedo of 4%, and around 90
kilometers in radius. Its orbital period is around 12 days. It is estimated
that it that its semi-major axis is at least 21.000 kilometers from Makemake. The
actual orbit eccentricity is unknown.

Preliminary examinations
suggest that MK2 has a reflectivity similar to that of charcoal, making it an
extremely dark object. In fact, this is quite surprising as Makemake is the
second brightest known object in the Kuiper belt, while its discovered moon is
about 1.300 times fainter. Many things remain to be answered about Makemake and
its moon, thus observations continue.

The temperature on
Makemake is usually around -406 degrees Fahrenheit or – 243 degrees Celsius.
Life as we know it cannot exist in such cold places.

From recent calculations
with the current technology, it is estimated that a flyby mission to Makemake
could take aproximatively 16 years with the help of Jupiter’s gravity assist.
Based on a launch date of 2024 or 2036, Makemake would by then be approximately
52 AU from the sun when the spacecraft arrives.

However, there are no
expeditions set for Makemake yet, though its mysteriousness and our lack of
information about it, it’s certainly a strong point for a future expedition and
ongoing observation.

- Makemake is approaching
its aphelion, it is estimated to happen in 2033.

- Makemake is a classical
Kuiper belt object, meaning that its orbit lies far enough from Neptune to
remain stable over the edge of the Solar System.

- Clyde Tombaugh, the
astronomer who discovered Pluto in 1930, was one step away from also claiming
the discovery of Makemake. Makemake was bright enough to be discovered by
Clyde, however the dwarf planet was at the moment a few degrees from the
ecliptic, this position made it impossible to be seen.

- The public declaration
of its discovery was hastened by the fact that another team of astronomers in
Spain, declared the discovery of the dwarf planet Haumea, whom the team in San
Diego were already tracking.

- The discovery of
Makemake,Eris and Haumea were responsible for Pluto’s drop in status from a
planet to a dwarf planet.  In 2006 the
International Astronomical Union created the new category of bodies named
“dwarf planets”. This also shaped the classifications needed in order for an
object to be considered a planet: A planet circles the sun but isn’t orbiting
anything else, it must be large enough to be rounded by its own gravity, and it
has cleared its neighborhood of orbiting bodies. 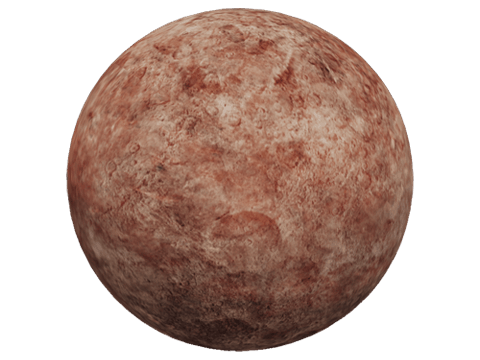